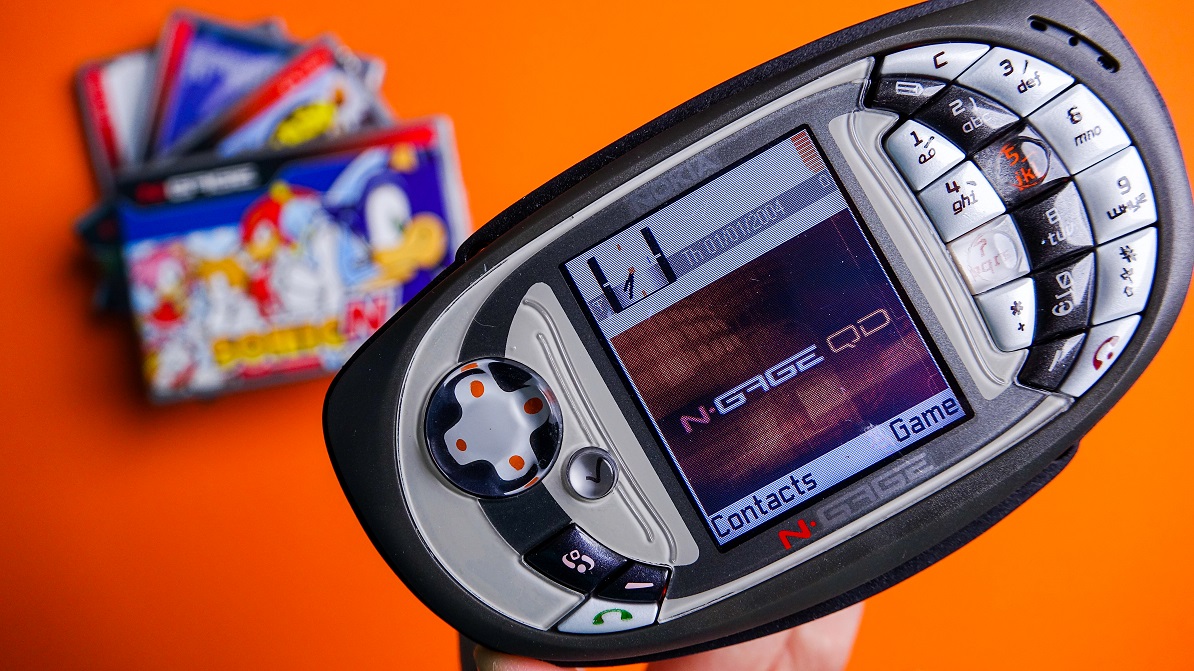 In 2003 Nokia released the original N-Gage. The “taco phone” had huge potential right from the start with huge expectations on its back. It was the first dedicated gaming phone, a novel idea and Nokia’s way of competing with Nintendo after the latter refused to collaborate on a product despite their discussions. However, the OG N-Gage came with a few flaws in execution that hampered its potential; namely the location of the MMC card slot under the backplate and requiring the battery to be removed, and a very awkward location for the speaker grill, causing all sorts of “memes” at the time.

It also demanded a hefty price tag of $300, making it about 3 times more expensive than Nintendo’s Gameboy offerings. Enter the N-Gage QD; a smaller, more durable and affordable “successor” that aimed to right the wrongs of the original back in 2004. You can see it in action here:

In order to position itself at a lower price, the N-Gage QD had its own drawbacks, such as the lack of stereo speakers, a less “premium” finish, and the removal of the FM radio. Objectively though, I believe it was better executed than the original to serve its purpose. But in the end, the N-Gage project completely failed. Nokia failed to sell as many units as it would have liked, but the biggest disaster was the disappointing number of games sold for the console. Instead of shelving the project, N-Gage moved to a software service found on Nokia’s N series of devices, with phones like the N81, for example, even with “buttons” of dedicated gaming in a more conventional dual-slide form factor.

Looking at the N-Gage, it was clear the idea was brilliant and ahead of its time. But I can’t help but feel that the tech wasn’t quite ready for such a concept yet, the execution was a bit questionable and the market wasn’t as accommodating to gaming on a phone than it is today. Perhaps Nokia should have continued to refine the idea rather than abandon it, given their scale and capabilities at the time. Whatever the reason N-Gage was dropped, it has built a cult following around it. I still remember when I was 12 how much I wanted to own one, and I’m glad I was able to make such a stupid dream come true, even though it was 18 years too late 🙂

Did you own the N-Gage? What did you think? Share your thoughts with us in the comments!

Check out my other Nokia Nostalgia series videos on Youtube.