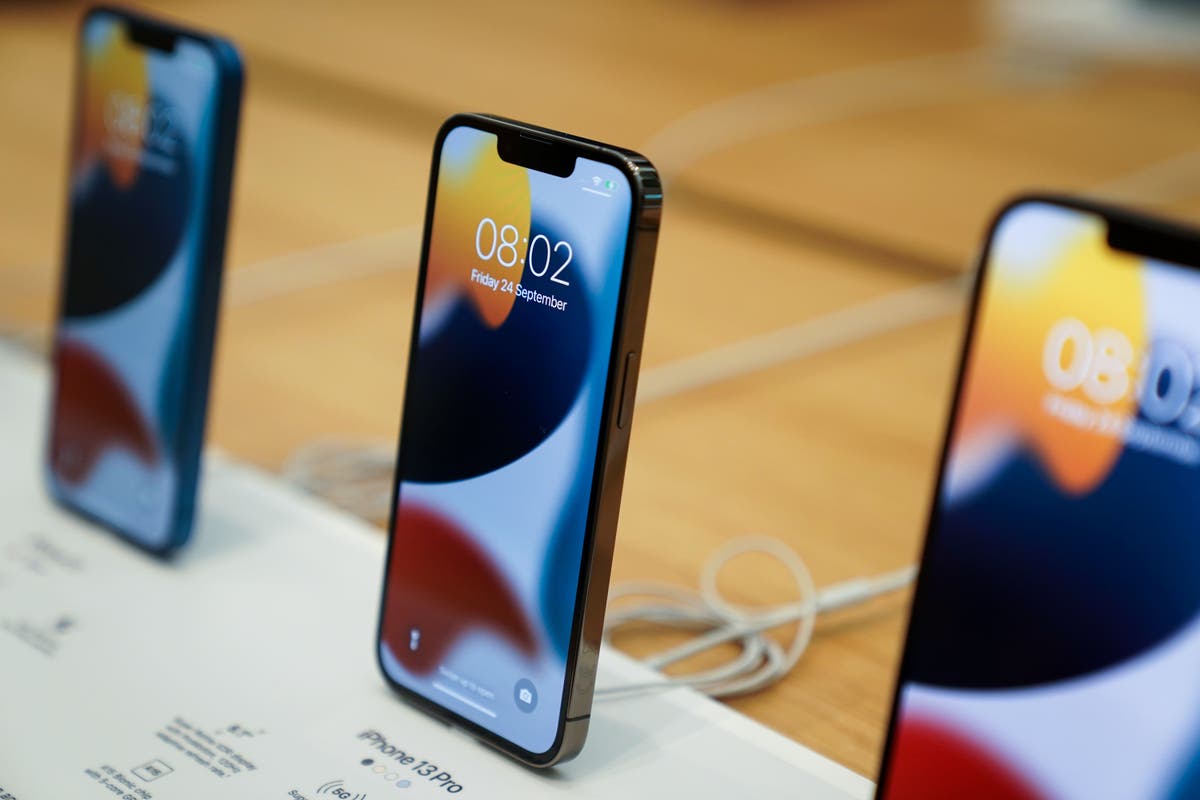 Take the example of Apple’s latest iPhone. The latest iPhone 14 Pro costs £1,099 in the UK, a jump from £949 for the iPhone 13 Pro last year. Yet the price of both models remained the same in the United States.

Figures from international analyst firm IDC show that the average price of smartphones in the UK has risen 16% year-on-year and 13% in the last quarter alone. And, while the average laptop price has started to drop in the United States, it continues to rise here.

IDC’s Francisco Jeronimo, associate vice president of devices, attributes the skyrocketing cost of the technology to the weak pound. “The exchange rate has a much bigger impact than inflation,” he said, noting that big tech companies often set their prices in dollars and then set prices in international markets accordingly.

Jeronimo says there are no signs of UK tech prices falling anytime soon. “Some people will likely postpone replacing phones, laptops and PCs for the next few quarters,” he predicted. “The situation is much worse than we expected three months ago.”

Of course, it’s not just consumers who may not be able to afford this new iPhone, but small business owners and freelancers who need to replenish their kit for work and don’t have a huge IT budgets in the first place.

If you can’t afford the skyrocketing prices of new tech, but still need to replace aging phones, laptops, or other tech, here’s our guide to reducing the cost of your tech purchases.

Buying phones on a contract is almost always more expensive than buying phone and data separately. That’s even more likely to be the case now that the networks are raising prices mid-contract in line with inflation.

Three, for example, recently changed its policy. Instead of applying a flat 4.5% price increase each year, its latest terms and conditions state that: “Each April, your monthly fee will increase by an amount up to the December CPI rate, published in January of that year, plus 3.9 percent.”

Since the CPI rate is currently above 10%, customers could face annual price increases of more than 15%.

You can avoid much of this cost by buying the handset outright and purchasing voice/data on a monthly pay-as-you-go plan. If the network decides to raise the price, switching to a cheaper competitor is relatively simple and you’re not stuck.

Setting prices for the long term

If you buy Microsoft 365 Family (previously Microsoft Office 365) directly from Microsoft, you’ll pay £80 per year. However, there are still better long-term deals to be had elsewhere.

On Amazon you can buy 15 months of Microsoft 365 Family, with built-in security software, for just £75. If you’re willing to commit for 27 months, you can get it for £160, or around £6 a month. It is very unlikely to be cheaper than this in the next two years and it will protect you against any future price increases.

To activate the subscription, all you have to do is enter a code that Amazon emails you on the Microsoft website. It’s very simple and you can also use these codes to extend an existing subscription.

It won’t save you money directly, but with inflation showing no signs of abating, long-term, interest-free financing could make it more economical to buy now rather than wait.

For example, John Lewis offers up to two years of interest-free credit on Apple products, unlike Apple itself, which offers financing through Barclays or PayPal, with an interest rate of 14.9%.

Amazon has also started letting you pay for goods in interest-free installments. When shopping on the site, look for the option to pay in installments, directly below the total price. This allows you to spread the payments over five months.

Even for interest-free offers, like the two above, make sure you can afford to make the repayments, otherwise you could face hefty penalties and hurt your credit rating.

People often look down on refurbished kits – devices that have been returned to the retailer and refurbished – but it’s often a good way to pick up bare-metal gear at a discount.

Apple’s Certified Refurbished store offers Macs, iPads, iPhones and other devices at discounted prices, for example £280 off a 14-inch MacBook Pro. Hardware is normally fault-free, comes with the same one-year warranty as all new gear, and you can add extras like AppleCare.

Amazon Renewed is similar, but has a much wider range of products. Again, there’s a one year warranty on all products and there are some decent discounts to be had.

If you don’t care too much about having the latest technology, big discounts are often given when the latest versions of products are launched.

When Samsung launched the Galaxy Watch 5 in September, for example, I picked up a Galaxy Watch 4 for £165 – just under half the price of the new model, which isn’t terribly better.

Refreshes on devices like iPhones, tablets, and laptops tend to happen around the same time every year, so watch tech news, then look for deals on previous models.

Online prices fluctuate like the wind. If there’s material you want to buy, but you’re not in a desperate rush, set alerts to let you know when the price drops.

The oddly named camelcamelcamel is good for keeping an eye on Amazon’s ever-changing prices. Enter the name of the item you want to buy and you can not only check its price history (to get an idea of ​​its low price) but also set an email alert, which means you will receive a message when the item will drop below. the price you set.

However, my attempt to transfer my Amazon wishlist failed and further exploration told me that the site is not able to perform this function outside of the United States.

Haggle at the end of contracts

Don’t accept price increases as if they were inevitable, especially when contracts are coming to an end.

In the last year alone I’ve saved £10 a month on my broadband bill, over £20 a month on my Adobe Creative Cloud software package and £5 a month on my Sky Now TV subscription – all without losing speed. /software/channels.

When entering the last month of a contract, always log in to your online account and find the option to cancel your contract. Almost without fail, companies will offer you a discount for staying with them. If not, call the customer support line and speak to the customer loyalty department.