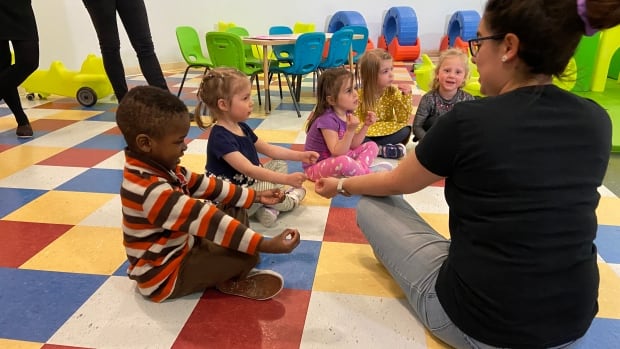 The province’s licensed child care centers have reduced their fees by 50 per cent starting Wednesday.

The fee reduction plan, part of a partnership agreement between the provincial and federal governments, was announced last December. The program will cost $544 million over five years, with the bulk of the funding coming from Ottawa and the province, or $53 million.

The goal is to eventually reduce child care costs to $10 a day.

While daycare costs vary by region and the age of the children, Heather Hamilton, who runs two childcare centers in the Saint John area, said her clients will pay $21 per child instead of $42, on average.

While the discount will no doubt be appreciated by parents, the move has left some daycare operators scrambling.

The province has announced the handover date from June 1 to the end of April. Operators like Cheryl Lewis, who runs three child care centers in Saint John, said it wasn’t a lot of time.

“It meant a lot of extra work for staff to make sure parents were onboarded into the new system,” she said.

“It’s been a nightmare.”

“We only get information weeks before. We have no timelines, no communication,” Lewis said.

Lewis said she wishes the province had given the industry more time to prepare.

“When the news comes out, and you report it, that’s when we hear it,” Lewis said.

“It’s extremely frustrating as an owner.”

The switch to the new fee structure went more smoothly for Hamilton, but she said there was some confusion and staff had to do extra work to make sure everything was running smoothly.

But she understands that change will always have failures.

“You have to have a little patience,” Hamilton said.

“It’s the first kick at the box for us. We’re going to have some glitches.”

Cheaper daycares also increase the possibility of greater demand on the system.

Hamilton said when the announcement was first made, his phone rang with parents looking for child care spaces.

Months later, she still receives several calls a day looking for places, even though she already has a long waiting list.

“We have some who really don’t realize how the inner workings work,” Hamilton said.

“They say, ‘we need space for tomorrow.’ Well, that’s definitely not going to happen.”

Hamilton said she thinks demand could be exacerbated by the number of unlicensed child care centers that may not be able to compete with partially funded licensed centers.

“They can’t compete with having their prices cut in half,” Hamilton said.

“Unfortunately some of these people will be closing…but the problem now is that we don’t have enough spaces anywhere in the province.”