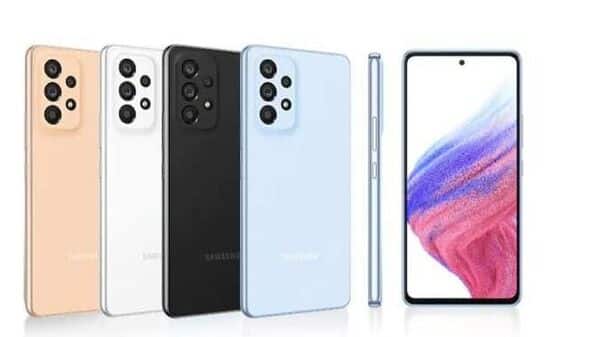 In August, we saw several price drops on smartphones of all brands. These include Samsung, OnePlus, Oppo and Vivo. The price cuts come ahead of the Indian holiday season which kicks off in October this year. If you’re looking to buy a new smartphone, here are some options you might consider

The Samsung Galaxy A53 5G comes in two RAM models: 6GB and 8GB. The former was launched at ₹34,999. After the price drop, it is now available at ₹31,999. Similarly, the 8GB RAM variant will now cost ₹32,999. Awesome Black, Awesome Blue, Awesome Peach and Awesome White are the color options of the handset.

Samsung Galaxy A03 launched earlier this year with a starting price of ₹10,499. It comes in two RAM models – 3GB and 4GB. After the price drop, the 3GB RAM variant will cost ₹9,514, while the 4GB RAM model will be priced at ₹11 014. The handset has three color variants: blue, black and red.

After a price drop of ₹1,000, Vivo V23e 5G now sells for ₹24,990. The device comes in a single variant and packs 8GB of RAM with 128GB of storage. The handset is powered by MediaTek Dimensity 810 chipset and offers a virtual memory feature called Extended RAM 2.0. It runs on the company’s own Android-based Funtouch operating system.

Vivo Y21T has a price reduction of ₹1,000. The handset can now be purchased at ₹15,499 for the 4GB RAM + 128GB storage model. Powered by the Qualcomm Snapdragon 680 octa-core processor, the handset features a 6.58-inch Full HD+ LCD display. Midnight Blue and Pearl White are the phone’s two color options

Catch all the tech news and updates on Live Mint. Download the Mint News app to get daily market updates and live trade news.

* Thank you for subscribing to our newsletter.