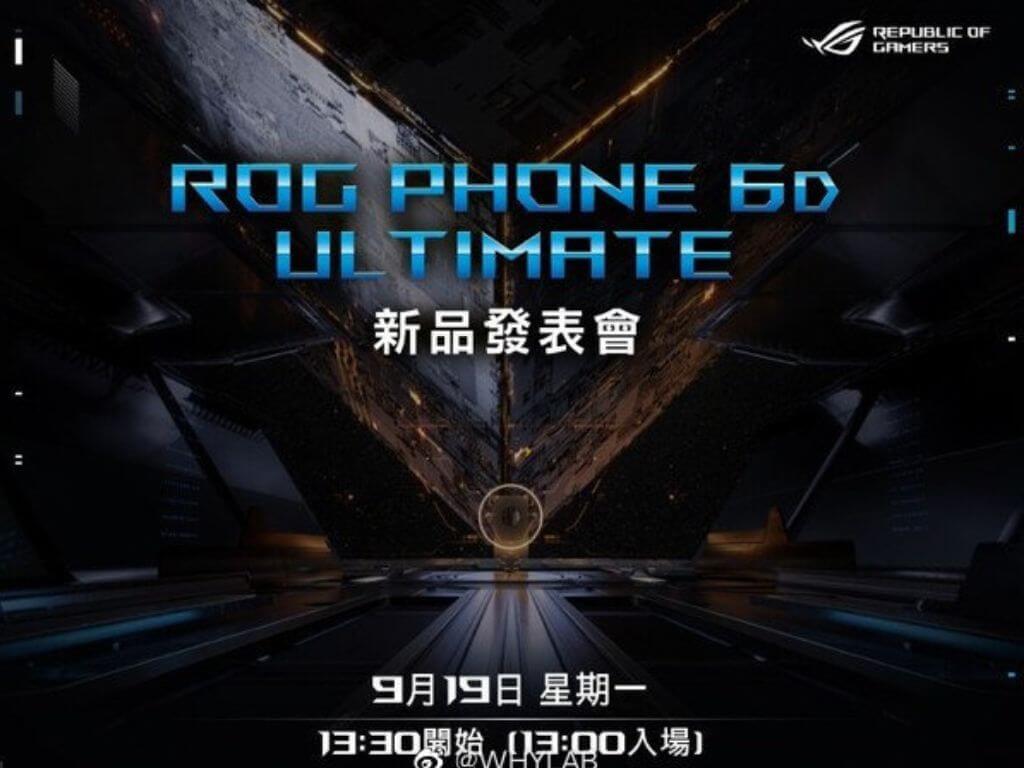 Asus has officially announced the launch date of its most powerful Asus ROG Phone 6D smartphone on September 19 worldwide. Asus has teased the smartphone on its official Twitter handle, confirming the chipset on the upcoming deal.

When we say a gaming phone, what comes to mind is a powerful chipset, and Asus’ upcoming ROG Phone 6D will feature MediaTek’s high-end chipset, the Flagship Dimensity 9000+ processor. Most of the high-end flagship smartphones launched in the market are equipped with the Snapdragon 8+ Gen 1 processor, whether it is ROG Phone 6 series, Redmagic 7 Pro, Galaxy S22 Ultra, Xiaomi 12 Pro or iQOO 10 Pro .

The smartphone will debut on September 19 at an event held at 8:00 am New York time (EDT). Currently, the full specs of the smartphone are unknown, but Asus’ ROG Phone 6D might have similar specs to the ROG Phone 6 Pro. (via NotebookCheck)

For the latest and exclusive tech updates, follow us on Google News.

Xiaomi 12T and 12T Pro prices revealed ahead of launch